This started as sort of an improvisation in yarn. About 2 inches in, I was wondering what to do with the wandering cables, and Kali at my knitting group said, "How about hearts?"  And when I finished, she asked for the pattern.  So here it is.:

Cast on 96 stitches using cabled cast on (or very loose long-tailed cast on) on circular needles or double pointed needles. Join, being careful not to twist. 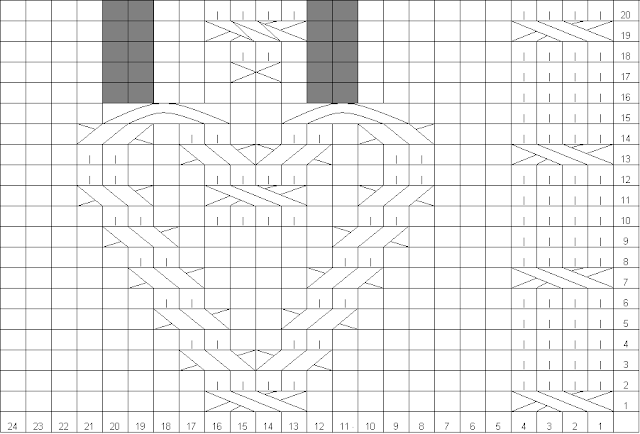 *Note:  Thanks enormously to Kali for test knitting this.  Any remaining errors or omissions are entirely my fault.  If you discover any other errata or have any questions, just let me know.  Thank you! (edited 9/13/2006)